8 Ways An Evergreen Tree Could Save Your Life 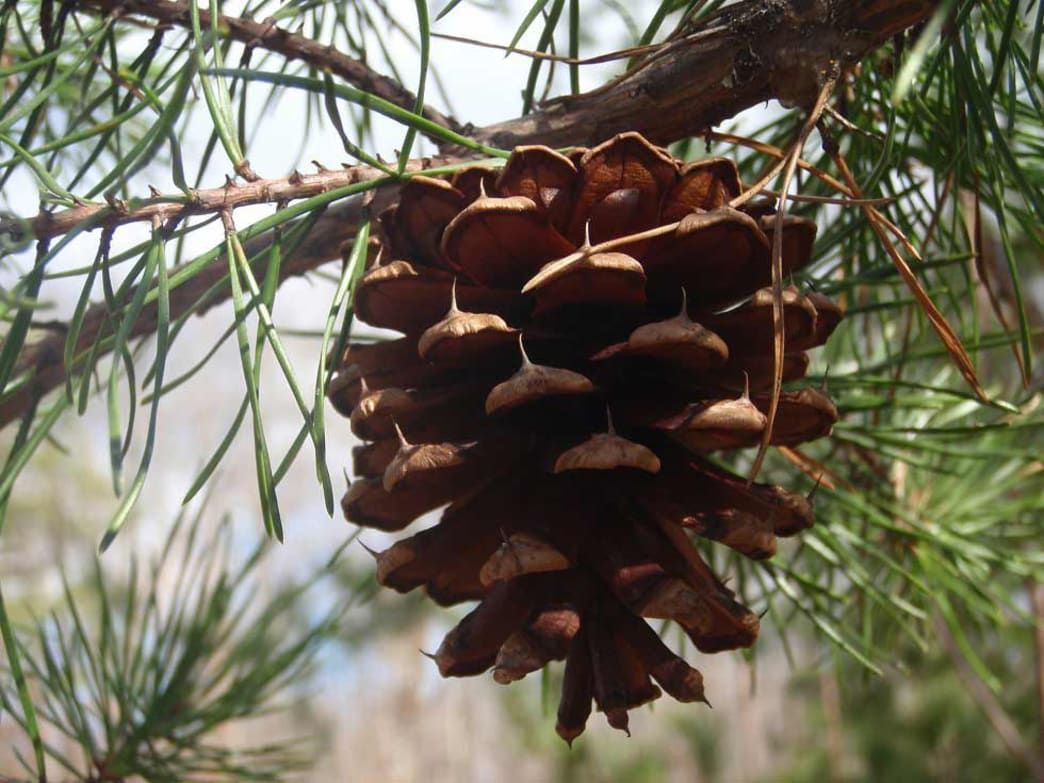 Get To Know Your Trees

Numerous evergreen species can provide us with useful supplies. The trees mentioned here are all conifers, meaning that they bear cones for reproduction. If the tree you are trying to identify has berries of any color, it is not a conifer and it may be toxic. These three genera are

Pine: These conifer trees have needles that are typically longer than spruce or fir. Pines generally have needles in bunches numbering two, three, or five, though they can number anywhere from one to seven needles in a cluster, depending on the species.commonly used as Christmas trees, and they can also provide food, fuel, glue, and other helpful materials in the wild.

Spruce: An easy way to remember these conifer species is “sharp, square spruce.” These trees have solitary needles with square shafts and a sharp point on the tip.

Fir: Remember this: “flat, friendly fir.” The needles of a fir tree do not have sharp pointed tips, and their needles tend to grow on each side of the twig, giving the greenery a flat feather-like appearance.

Tree Facts: Pine needles can grow as solitary needles (like fir and spruce) but they generally grow in bunches of two, three or five needles. These grow from a little cup-like structure called a fascicle, which grows from a small bud on the pine twig shoot. Short lived needles live for about a year and half, while hardier needles can live up to 40 years.

Eight Ways To Use Evergreen Trees 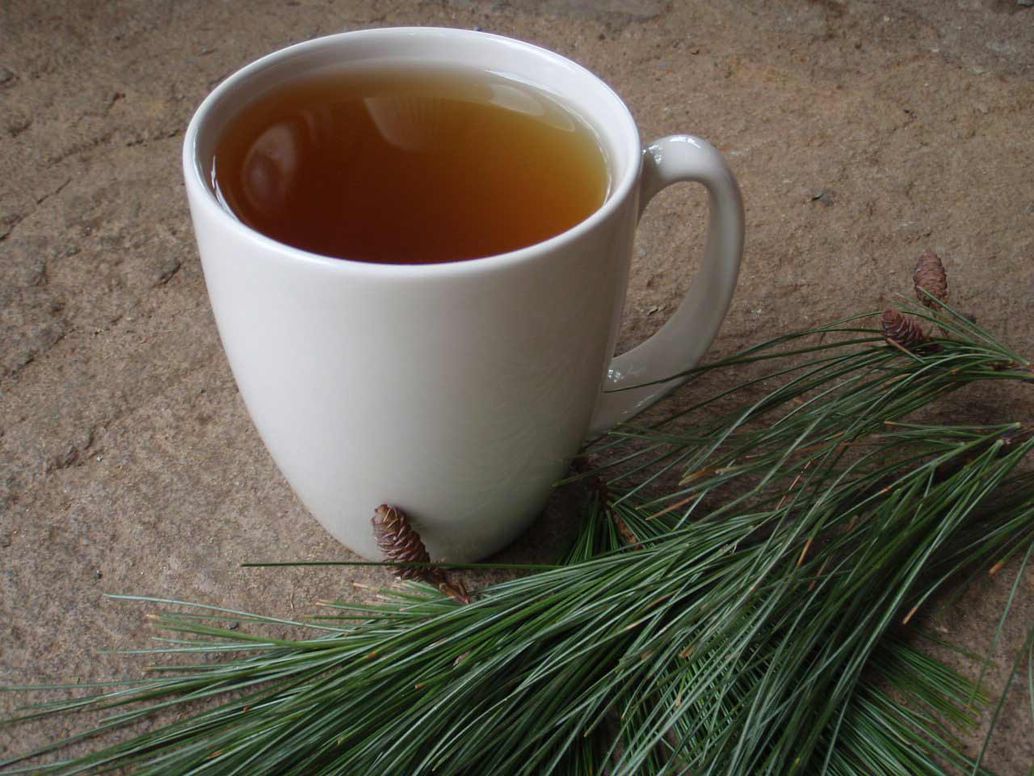 The idea of bringing fresh greenery into our homes is nothing new. The ancient Egyptians would bring greenery indoors at winter solstice as symbol of rebirth and other Old World ancestors would string evergreen boughs over their doors and windows to ward off evil spirits and illness. We can also bring this greenery indoors in the winter to make pine needle tea.

Make a positive identification of a favorable fir, spruce or pine species (I prefer white pine, Pinus strobus) and chop up one tablespoon of needles. Add these to eight ounces of scalding hot water, cover the container and allow it to sit for 10 minutes. Strain out the needles, sweeten with a little honey and enjoy a drink that contains roughly four times your USDA daily allowance of vitamin C.

Be advised that there is some conflicting information about the loblolly pine and ponderosa pine species (they may be too toxic to safely consume), and that no pine needle tea is recommended for women who are pregnant or might be pregnant (due to the abortive compounds they may contain).

2. Build a fire in any weather

Most needle bearing trees produce a sticky sap that is loaded with turpentine. This flammable substance is a blend of burnable resins and volatile oils, which seep into every part of the tree.

Once a tree (or a part of it) dies, the water leaves and the turpentine can burn freely. Loaded with this extra fuel, the dead dry needles of evergreen trees are one of my favorite tinder materials (especially when conditions are wet). Likewise, any dead dry twigs and branches from a “tannenbaum” will also make fine kindling material for wet weather fires.

When the conditions are damp, I go to evergreens and collect the bounty underneath them. Thanks to the umbrella-like greenery overhead, the materials underneath usually stay dry. With their “booster” of turpentine, these dead needles and sticks will be even more flammable. 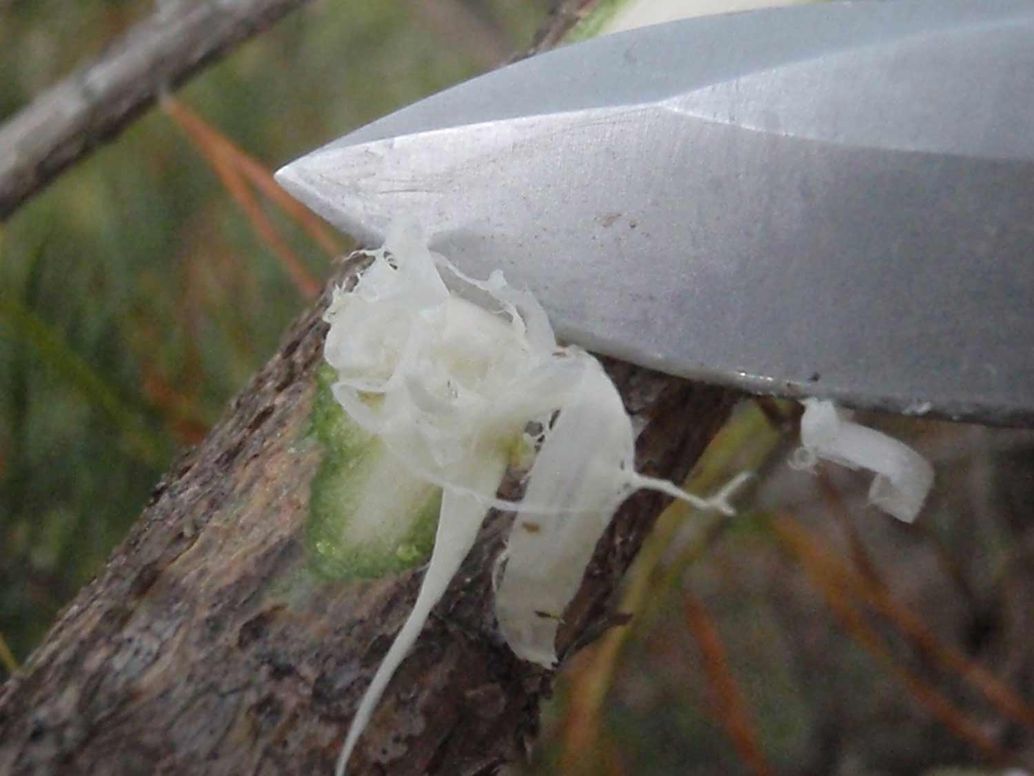 Let’s clarify this one right off the bat. We’re not talking about eating the crusty or corky outer layer of tree bark. We’re talking about the living layer of inner bark, and only from certain species. The inner tree bark of tamarack (Larix laricina), most pine species, Balsam fir (Abies balsamea), and spruces can be eaten after it’s shaved away from the wood and processed (to make it chewable).

Most traditional methods call for slicing the bark into strips and drying it, then later grinding it into flour for cooking. Other methods call for frying the strips in oil to make them crispy. However you try it, shave down through the outer bark, slice off the soft rubbery inner bark and leave the underlying wood behind. This can be done on the trunk or branches.

By focusing on bark removal from branches, you won’t kill the tree (which would happen by removing too much from the trunk). This dried bark powder contains more than 500 calories per pound. We use it for cookies in my household.

Basket weaving isn’t just for college students anymore. Many survivalists have warmed up to the idea of weaving their own containers, since it’s a useful skill in long term survival situations. There are many weaving techniques that are done with many materials throughout the world. Vines and strips of wood are two of the most common basket materials, used for wicker and splint basket styles. But don’t forget about pine needles and coil baskets. The coil basketry technique can be done with longer pine needles (like longleaf pine and loblolly pine). These baskets begin by gathering a bundle of recently deceased pine needles, a large sewing needle and some cordage material. Wrap a slender bundle of pine needles with your cord, then coil the bundle into a tight spiral. Thread the needle onto your cordage and use it between the “coils” to stitch the coils together. Keep extending your coil with more pine needles and cordage wraps until your basket is large enough for the intended use. 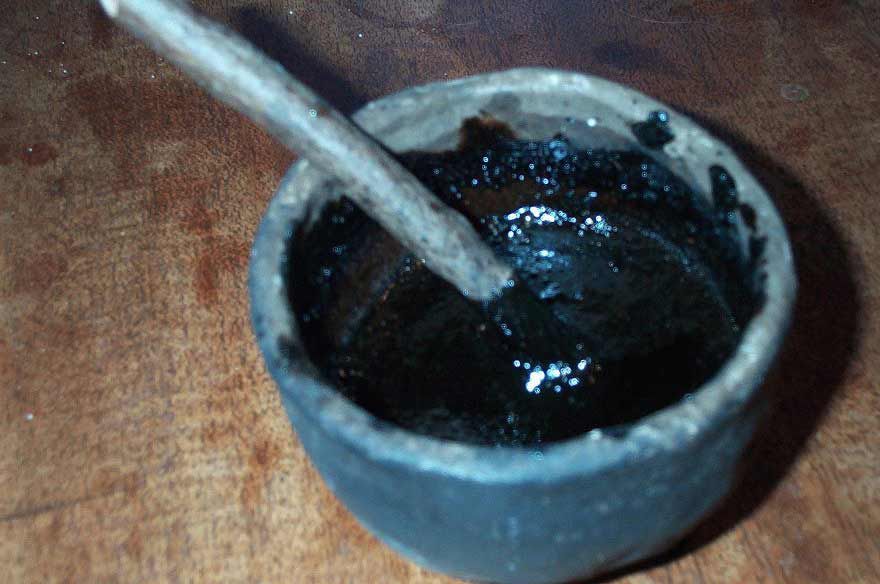 When turpentine is present in evergreen tree sap, this “pitch” is sticky and soft. If we get rid of the turpentine, however, the sap will be rock hard. This is the secret of pitch glue. Collect some old crusty dried evergreen sap or fresh sticky flowing sap (or a blend of both). Place it in a can you don’t care about, and cook the sap over a medium heat, stirring often. It may flame up, but don’t be alarmed. You’re getting rid of the turpentine. When it has cooked for more than ten minutes (you’ll need more cooking time for larger batches), add some powdered charcoal to the hot sap and stir it in thoroughly. This can cool down for storage or be used immediately. Preheat the objects you intend to glue together, apply the hot glue and let the “glue job” cool completely before handling. Pitch glue makes a strong adhesive that is largely waterproof, though it can be brittle and it will melt if used near a hot fire.

One of the strangest water filters being currently researched is a wooden water filter (http://www.popularmechanics.com/science/environment/water/a-simple-tree-branch-can-become-a-backyard-water-filter-16540288?utm_medium=syndication&utm_source=newscred). Pine and similar evergreens are the most common test species. Blocks of these woods are porous enough to let water drip through, but dense enough to filter out many of the larger pathogens. Most bacteria are one to 10 microns in length, and the gaps in the woody tissues are small enough to catch them. Cut a 1 ½ inch long and ¾ inch wide plug from your tree, insert it into a vinyl tube and clamp it into place. Hook this hose to a water container and allow the water to drip. If tightly clamped, the water should flow only through the woody tissues, not around the plug. This makeshift filter has been documented to screen out E. coli and larger microorganisms.

If you want to eat a pine tree, there’s more than just bark. Globally, there are about two-dozen pine species with seeds large enough to merit the trouble of harvesting. Many of these are native to Europe and Asia, but there are three available in the western United States. This group is called pinyon pine, and the three main species for nut production are the Colorado pinyon (Pinus edulis), the single-leaf pinyon (Pinus monophylla), and the Mexican pinyon (Pinus cembroides). These small seeds are fatty, soft, and delicious. They can be eaten raw or cooked. One hundred grams of pine nuts have approximately 640 calories and 10 percent of your daily allowance of potassium.

8. Burn the boughs for smoke

When you’ve gotten lost in the wild, (but your friends and family know where you went) local search and rescue crews can be on the job with astonishing speed. Help them find you by signaling your whereabouts with a controlled smoke signal. Build a large fire in a prominent place (this can be done with the help of dead evergreen materials. Then toss on a massive pile of live evergreen boughs and needles. Their high water content will prevent them from burning quickly. This will cause them to smolder, producing a large column of whitish smoke. This may not be as noticeable on overcast days, but on a clear day your signal can be seen far and wide.

Written by Tim MacWelch for Popular Science and legally licensed through the Matcha publisher network. Please direct all licensing questions to legal@getmatcha.com.