A Beginner’s Guide to Butterfly Watching 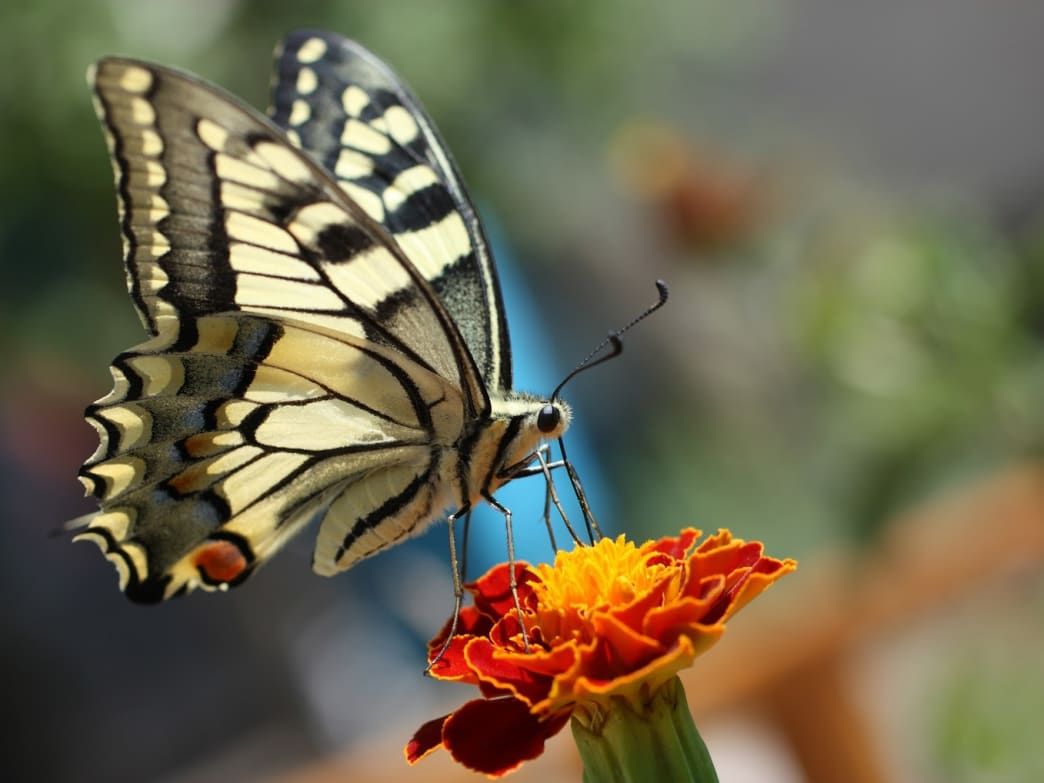 Cliff Hagen spotted it from about 15 yards away: a powder blue spring azure butterfly, bouncing out of sight behind a tree.

“That’s our first one of the day,” Hagen said to a half-dozen volunteers gathered around him for the annual Staten Island butterfly count he led at the end of June.

By the end of the outing, the group tallied 346 individual butterflies representing 24 species across several sites. Hail and thunder ended their 8-hour effort.

Among their finds: stained-glass American ladies perched on lavender, broad-winged skippers and buckeyes swirling in a whirl of rust and orange, and a dusty-looking common sootywing resting on a dandelion. The group counted least skippers, one of North America’s smallest butterflies (no bigger than a pinky nail), on the outskirts of the wetlands at Snug Harbor Cultural Center and Botanical Garden. And lots of cabbage whites, fluttering all over the place.

During the weeks around the Fourth of July, groups like this one survey natural areas across the country and world to take stock of butterfly populations. For many beginner butterfliers, the counts are an easy way into the outdoor pastime.

Butterflying may not be as popular as birding—the 5,000-strong North American Butterfly Association is miniscule compared to the country’s 45 million birders. But that’s because butterfly-chasing remains “massively underrated,” according to Rosemary Mosco, a science writer and butterflier who recently took to Twitter to share what she loves about her hobby.

“A lot of people think that butterflies are frilly and boring,” she says. “But they are just so cool and bizarre and fascinating. It never gets boring.”

Some are carnivorous, others are adorable, and a few have long snouts. You can find them everywhere from bogs to mountainsides. About 20,000 butterfly species populate the globe; about 600 reside in the Lower 48. Most people in the United States live near about 100 butterfly species—more in the Rio Grande Valley and less in New England, NABA says.

So if you’re looking to break into butterflying, we’ve got the basics right here.

Luckily, that’s not much.

A field guide is your most important tool. When you set your sights on a flutter-by, the book will help you first sort your subject into one of the six butterfly families in North America: swallowtails, whites and yellows, gossamerwings, metalmarks, brushfoots, and skippers. They also contain useful information about each species’ biology: their size, habitat, food and migration season.

You might consider investing in a pair of binoculars so you can really zoom in on the detail and color of a butterfly, some of which can be dime-sized or smaller. Unlike birders, who point their binoculars up, butterfliers point theirs down. Most binoculars will go blurry if you get closer than 10 feet from your subject, so Jeffrey Glassberg, NABA president and author of the Swift field guide, recommends finding a pair that will give you a sharp view within several feet of a butterfly.

And while you may be envisioning an idyllic image of chasing butterflies with a net, Glassberg warns against the “unnatural and vulgar experience” of netting one for a closer look or to keep as a collectible. “There’s no need to carry a net,” he says.

Where you should go

Your best bet for finding butterflies is the open space of any nearby natural area around midday. Butterflies (like amphibians and most reptiles) are ectotherms, which means their internal temperature is regulated by their environment. The sun-soaking creatures will literally hide from cold, dampness, or a tousling wind. Some, like the question mark butterfly, are known for emerging later in the day.

As a butterflier, you’ll quickly learn that certain butterflies prefer certain habitats—wetlands, meadows, shrubs, or woodlands, for example—or can only be found near their host plants. As you may remember from your school days, monarchs mill around milkweed plants. Some swallowtails stick to herbs like parsley or tarragon, while coppers count blueberries and buckwheat among their preferred habitats. Other species feed on decaying plant matter or feces.

How to get started 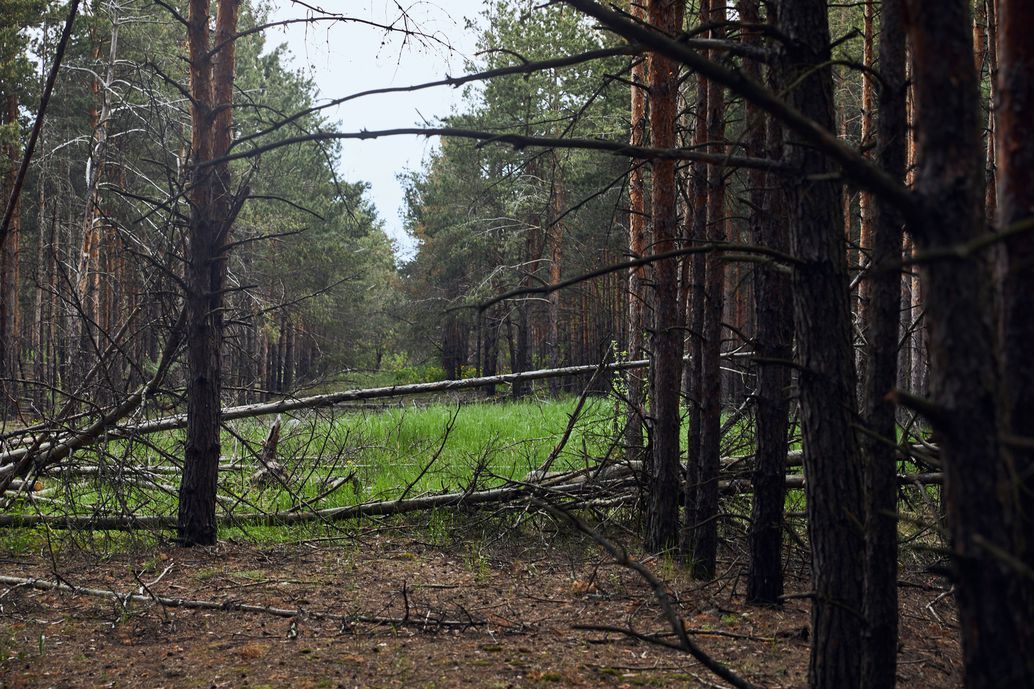 Step one: sleep in.

Unlike birders, some of whom drag themselves out of bed before dawn for their hobby, butterfly-watchers need to wait until the day is warm enough for their subjects to emerge.

And unlike birds, butterflies are relatively easy to get close to.

“Birds don’t want to be approached,” says naturalist Jim McCormac, who maintains a blog on the many creatures inhabiting his home state of Ohio. “Approach is way easier with butterflies.”

When you see one you’d like to examine, it’s time to get sneaky. Mosco recommends creeping up on them while staying low to the ground, without breaking the horizon line. Once you’re close enough, snap a picture. That way, you can compare your photo to a field guide at your leisure, she says.

Don’t try to do too much, too fast. Practice identifying families first before you worry about pinning down any species.

Hagen suggests focusing on their movement—how high or low they fly from the ground, and whether they bob, dance, or perch.

“It’s not just what they look like, it’s how they’re acting” Hagen says.

And if that still feels daunting, there are about two dozen NABA chapters and other local butterfly clubs that host meetings and field trips with people who will be happy to guide you through your first butterfly expeditions. “More eyes, more butterflies,” is Hagen’s motto.

“Learning from other people is the easiest way,” Glassberg says. “It’s very easy to get involved.”

Why you should do it

And if the splendor of our teensy winged friends isn’t enough to draw you in, consider that spending time outdoors is a proven health benefit for better sleep and improved mental health. Just two hours outside each week is enough for a noticeable health impact. “Butterflying is good for human beings,” Glassberg says.

The hobby also demands a mental awareness that can be both meditative and surprising. On a butterflying outing, it’s hard not to notice all the other creatures—indigo buntings and woodpeckers, beetles, moths, damselflies, and dragonflies—flitting around the technicolor blooms and greens of summer.

Ultimately, Glassberg hopes, participation in butterflying encourages people to want to conserve butterflies and their habitats.

“If something’s not part of your life, you’re not going to care if it’s gone,” he says.

Written by Marion Renault for Popular Science and legally licensed through the Matcha publisher network. Please direct all licensing questions to legal@getmatcha.com.