What is the difference between a tree and a shrub? 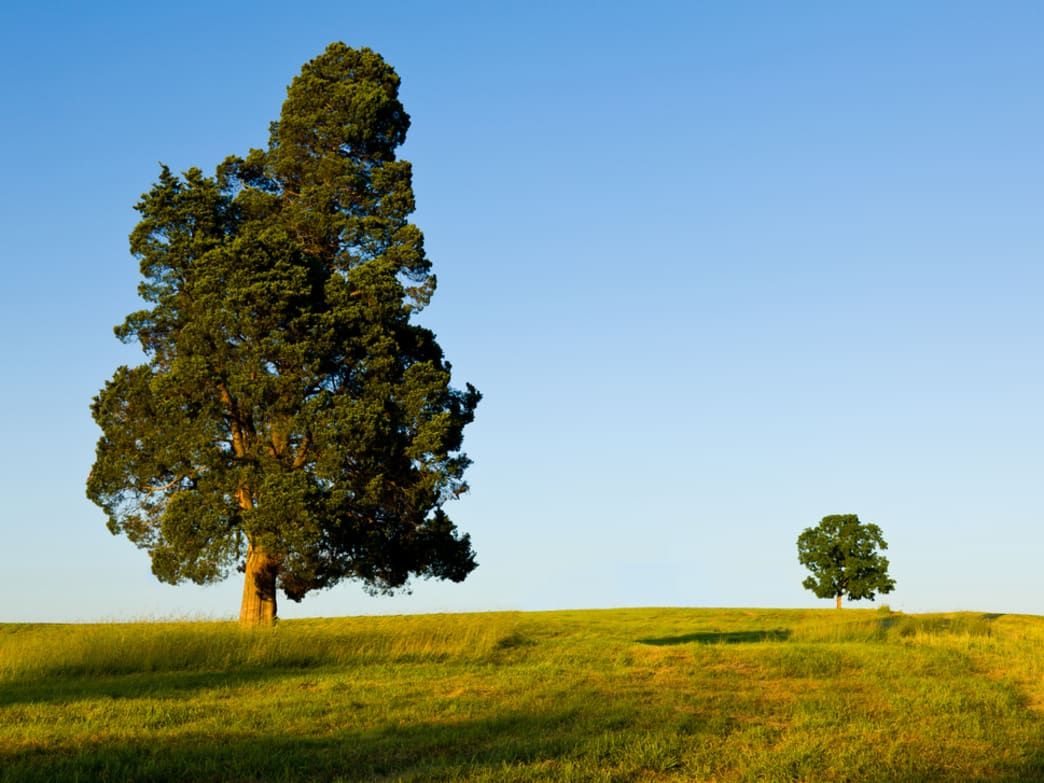 Choose your fighter: tree or shrub.

It’s a deceptively simple question: What’s the difference between a tree and a shrub?

At first, the answer seems intuitive. Faced with a woody plant, the average person could swiftly categorize each as either tree or shrub, likely based on a set of inarticulable parameters specific and unknown even to them.

But think about the prompt for too long and the easy answer sours. Instead, the individual in question might turn to something they’ve read or heard from a more reliable source, say ornithologist David Allen Sibley’s pithy bifurcation: “If you can walk under it, it’s a tree; if you have to walk around it, it’s a shrub.”

It only takes a moment more for this explanation to crumble. Sibley’s simplification can’t account for many popular plants. Kolkwitzia amabilis (alias “beauty bush”) supports splendid pink blossoms on dozens of stems like the shrub it is, but can soar a perplexing 12 feet. Viburnum sieboldii, a red berried-bush, can be forcibly pruned by horticulturalists into the shape of an imposing arbor. And while Magnolia virginiana may look like a bush when it’s young, it eventually matures into a bona fide tree.

Sooner or later, you realize you’re lost in the brambles of your own mind. Because that’s the thing about trees and shrubs: The distinction is less a botanical fact than a feeling, a linguistic quirk, an issue of philosophy. Even botanists can’t agree a definition—or if the difference really matters.

Deanna Curtis is the senior curator of woody Plants at the New York Botanical Garden. She says woody plants, which include shrubs, trees, and lianas (a vine that has its own roots in the soil but climbs up other trees to access the canopy above), exist on a spectrum. On one end, you have species that are so dense and low to the ground they can’t be mistaken for anything but a bush. On the other, you have classically charismatic trees: coast redwoods like Hyperion, which is mostly wood and soars 380 feet, or New Zealand kauris like Tāne Mahuta, which is 50.7 feet around the middle. In the center of this continuum is every woody plant that makes you go, “Huh.”

While plenty of species would prompt the “large shrub, small tree problem” in their natural state, selective breeding at the hands of humans has blurred the boundaries even further. Now, we can make serviceberry bushes (specifically the hybridized Amelanchier x grandiflora variety) grow with a single stem so that it can masquerade as a tree. Or we can create pleasure garden Fraken-plants like Syringa palibin, which Curtis describes, quite literally, as “just a shrub on a stick.”

And the magnolia problem comes back to haunt us, too. Unlike ponies, which are breeds unto themselves and therefore distinct from baby horses, shrubs can very well become trees, through maturation or pruning. And if bonsai artists can tame the same genes that launched Hyperion skyward into a miniature redwood houseplant, one could imagine we’ve made a few trees look like shrubs.

No wonder Sibley gave up on the question; after crystallizing walk around/walk under dichotomy, he ultimately concluded in his own guide book to dendrology that “developing a precise definition of a tree is difficult and unrewarding.”

Still, people still try, each of us in our own way. For me, height continues to be an important if imperfect point of demarcation. Curtis, meanwhile, thinks of it in terms of faunal density. “I think when you can see the architecture of the tree”—a sturdy base, with a few distinct and sizable branches—“you’d call it a tree.” If it’s so dense with leaves or flowers you can’t even tell if there’s a trunk, odds are it’s a bush. The National Park Service’s definition draws on both traits, concluding “Generally, trees are over 20 feet tall and have trunks more than 2 inches in diameter at 4.5 feet about the ground. Shrubs are smaller than trees and often have many small, woody, bark covered stems rising from the base.”

Ultimately, bush vs. tree “is not a scientific classification,” Curtis says. But it’s a popular one, useful in everyday life… provided you don’t look too closely.

Written by Eleanor Cummins for Popular Science and legally licensed through the Matcha publisher network. Please direct all licensing questions to legal@getmatcha.com.